I think that Liam should have been a fig tree farmer. For many years, in the height of summer and in the height of the fig season, he managed to find what must be the only fig tree right in the heart of the City of London. Every morning he would leave our house a little earlier, get off the underground a stop or two before his usual one, and break what was his normal fasting day. That was until his younger brother also began working in the City, and then the earlier bird got the fruit.

At Fontana we inherited one large fig tree at the gate, with delicious large white figs. Then, when we were restoring the olive grove, we uncovered a small but prolific fig tree in amongst the brambles. These ones are deep red, and with this one the race is now on between Liam and the birds. Our neighbours don’t seem to eat them, preferring to wait until the end of summer, and then they make jam. They are all great jam makers, and on a summer’s evening you can see both Manuela and Leila out with their straw baskets collecting blackberries along our bumpy track.

‘I’ll take Manuela some of my fig jam!’ I told my friends M&M who were visiting us from Venice.  ‘She won’t like it,’ M replied, ‘haven’t you noticed how M never eats your jam?’

‘Not really,’ I replied, ‘why not?’  ‘It’s got lumps!’ M said, ‘I can’t eat it.’  ‘Nonsense!’ I said, ‘those lumps are the fruit.’  And it turned out that most Italians only like smooth jam – you must mill it up until it resembles baby food.

‘Well I am not going to do that,’ I said, ‘Rather I wait until spring, when the first crop doesn’t ripen and I make fig konfyt – whole fig preserve in syrup.  ‘Nobody does that,’ said M.  ‘I bet they don’t even know about the first crop.’  And she was quite right. I asked around – nobody knew what I was talking about.  Here are my culinary neighbours living down this valley for generations, and not one of them uses the first unripe figs.  ‘Must be a South African thing,’ I thought, and went off to phone a faraway friend with a fig farm in a remote valley near Riebeek Kasteel in the Cape …

It turned out that for a fig to ripen it requires a certain wasp.  This wasp does not arrive in the early spring, and so the very first crop of figs do not ripen, but merely fall off the tree.  Then, when the next lot appear, the wasp has arrived, and gets busy fertilising the fig.

If you stand under the fig tree and reach up and press the unripe fig quite hard between your thumb and index finger, you need to feel a slight ‘give’.  If you can, then they are ready for the pot.  You pick them whole, scrape them and cut a cross in the bottom.  Then you cover them overnight in a solution of slaked lime. The next morning give them a good wash, and boil them in a sugar syrup solution until they are translucent and glossy. Absolutely delicious with cheese, and, with the Tuscan pecorino or sheep’s cheese in our area, mine do not last a nanosecond. 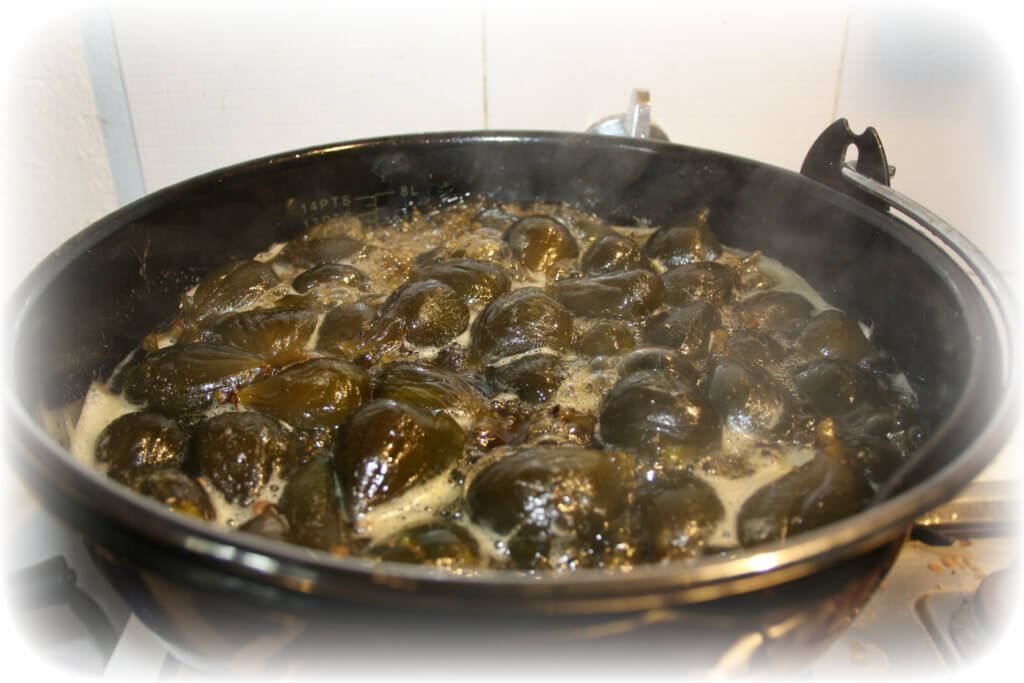 Except this year.  We nearly lost the lot.  Arriving mid-May the first thing that Liam did was hop out of the car and walk down to his carefully planted ‘orchard’ … one apricot tree, one mulberry, and two wonderful new figs of a different variety.  ‘Oh NO!’ I heard a wail coming up from the garden.  ‘The deer have somehow got in and have eaten a ring of new leaves around each tree.  Crikey – as if that porcupine hasn’t done enough to our garden already.’

I had a look. ‘Wow.  These deer have a pretty good reach,’ I said, ‘they’ve practically got to the top – and just look at that – they’ve eaten the unripe figs too.
Just then Alessandro arrived for pranzo.  ‘Yes,’ he said, ‘The fence is too low and now that you have tasty trees the capriolo – the deer – will easily jump it.  Then they will be very happy.  You must make the fence higher.’  So, as fruit trees rate very highly in Liam’s life, down came the workers and up came the fence.  We raised it by a metre.

After that, and with no night terrors, the little figs grew beautifully.  Soon I had pots of them boiling away merrily on the stove.  ‘I’ll take these to Manuela,’ I told Liam, ‘maybe as the fruit is completely whole it won’t rate as jam?  Maybe they’ll start a whole new industry?’

I put some of the whole figs in a pretty glass bowl, walked up Manuela’s stairs and ducked under the washing.  Calling out ‘Permesso?’ I desperately thought of the word for fig jam, praying that I did not get it wrong, as one of my friend’s mother’s had done …

Her mother, coming to stay with her, now Italian, daughter, had been desperate to learn Italian and impress everyone.  Only trouble was that her language skills were appalling – she had no ear at all.  One evening they were invited to dinner with the smart ‘Chianti set’.  That afternoon my friend found her mum studying away at her books.  ‘I’m going to speak Italian all night’ her mother announced.  ‘Oh please don’t!’ begged her daughter, ‘I don’t think that will be at all wise.’

But some mothers don’t listen, and they duly arrived at their host’s house.  They were bearing a delicious gift of home-made fig jam and mother, waving the fig jam in the air announced to the entire assembly ‘Guarda, sono faccio marmalade di figha sensa preservitiva.’ But now, getting the word for ‘fig jam’ – mamellata di fichi – right, I seated myself at the kitchen table. The old one, Flavia, never moves from her seat. She faces the door, and sits at the right hand corner of the old wooden table. Manuela and Flavia both peered dubiously at the whole figs in their syrup.  ‘Prova’ – try,’ I said. ‘I’ve brought a little pecorino to go with them.’  Out came plates and knives and on went the kettle.  Gingerly they tried a teeny weeny bit.

‘Buono!’ they chorused in unison, without one jot of conviction in it.  In fact their faces were the picture of misery.

By now the kettle was boiled, and Manuela had got out three mugs.  ‘Now for some proper Tuscan fare,’ she said, ‘At the end of summer we dried fennel from the slopes of the hillside, and maybe you would like a little fig jam made from the big tree on our terrace? 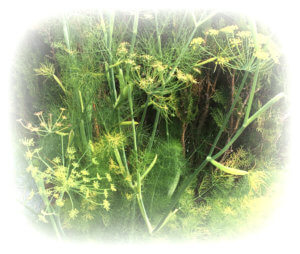 Up from the steaming mugs wafted the amazing smell of fennel. I peered into the pot of mushy fig and looked across at these two old Tuscan treasures. Both seemed to be waiting anxiously for my verdict.

‘Wonderful!’ I said, ‘Fig jam and fennel tea! Let’s have it with the pecorino that I brought.’